Posted on February 25, 2017 by timothygrantcarter

Often I hear people confused about their image of God. They can not possibly imagine what God looks like. For me as a Quaker Christian. This is a simple proposition. There is no way that my minute mind can comprehend the celestial wonder of my infinite God. But fortunately we don’t have to. We know what God looks like, through Jesus. He came to show us a clear representation of what The Father looks like. God did not leave us hanging when it comes to His identity. He showed us clearly. 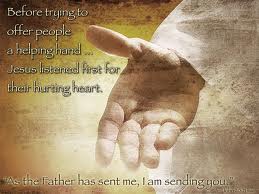 Here are some healthy helps to clarify how to establish God’s identity through Jesus:

Number one. The life of Jesus is a true historical event confirmed by many sources, outside the Bible.

Many act as if matters concerning Christianity are similar in some way to mythology. No way! Jesus was a real man; a known historical figure. There is no doubt as to whether Jesus existed. He was a real man of human history and this can be verified in many ways. In fact, The most significant person in all of history is Jesus.

Number 2. The facts of Jesus life resurrection were witnessed by 12 men, who individually gave their lives for Jesus.

Many have a hard time buying into faith, because they have been duped so many times by phony propositions. Not so with Jesus. His life was so impressive that all 12 men who witnessed his life died for Him. Jesus really existed and He really was the most awesome personage in human history.

Each one of these 12 men in their own way in their own place and in their own time gave their life for Jesus. Except for John who was boiled in oil and did not die. Would you do this for someone that you suspected was a fraud? Jesus was the real deal. He still is! 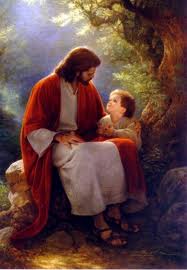 Number 3.  Lord, liar or lunatic is a healthy way to look at and make clear the impact of the facts concerning Jesus life.

Josh McDowell initially presented this idea. It is a sound way to get your brain around why Jesus’s claims are clearly real:

Either Jesus is who he said He is and is Lord of the Universe or He must be a Liar or a Lunatic. 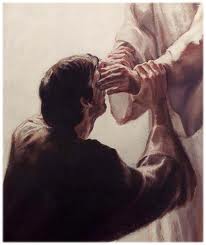 He was not a liar. He was not a lunatic. So the inescapable conclusion is that Jesus must be Who He said He was: The only Begotten of the Father, full of grace and truth; The way, The truth and The life!

Number 4. The most significant book and all of literature is the Bible. And the Bible points to Jesus. Myriads and countless articles could and have been written about this topic. But that doesn’t matter. What matters is that you discover the TreasureChest of the Bible for yourself.

Psalms 119 is a great place to read about the majesty and wonder of God’s Word. “Thy word have I hid in my heart that I might not sin against Thee.”

No God did not leave us groping unclearly when it comes to His identity. If there really is a God and there is; wouldn’t He make it plain? He did. He absolutely left a clear message and understanding of Who He is, through Jesus. May you come to know Him, as I have. Christ is the most wonderful part of my life!

For we were not making up clever stories when we told you about the powerful coming of our Lord Jesus Christ. We saw his majestic splendor with our own eyes 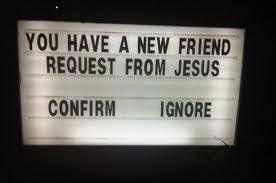