Posted on April 12, 2014 by timothygrantcarter

Dear Guts Is the Key Reader. A few years ago, I made a new friend online. Her name is Heather Gauthier. There is much I could say about her but the primary reason I have asked her to share with you is that her writing talent is so prolific and amazing.

She is incredibly gifted with fiction writing.. And so I asked her to write an inspirational fiction piece and share it with my readers. It is a fiction piece that is so true to Heather’s life that you will feel her heart-beat in the story. I know this story will help some of you, to seize the moment and make the most of your lives. It is soooooo very important that people learn to follow their inner compass and not just the noise of the world. And so I share with you this special story, to help you do just that!

But let the anticipation build for just a moment more and let me tell you a little about Heather. She says of herself. “I am Changing my life and following my dreams and passions one day at a time. I enjoy running, reading, (W)riting … the three R’s! I am a mother to three children and spend most of my days at the gym. I think life is too short to waste.. so I’m grabbing it by the horns!” And so she is. Recent decisions she has made prove it.

To learn more about Heather after reading this story make a pit stop at her blog site: http://the-back40.blogspot.com/. You will be glad you did….. So back to the reason why she is here today at GutsIsThekey.com .  I am really excited about this story. It is full of soul searching and life changing power. Push away the distractions and let your mind float with the story!

It was just another day, much like the last and the one before that. Sitting in a boardroom. Sitting in a suit that came in many colors with different versions but was still a suit nonetheless. Sitting at a table with 8 others discussing items that had been discussed yesterday and the day before. A day where Bernie (short for Bernadette) sat with her notebook in her lap pretending to take notes when really she was doodling; who needed more notes about the same thing? A day, just like all the other days, where she realized her opinion didn’t really matter after all; that really it was for esthetic purposes she had even been invited. After all, she was the only woman at the table. Again. Just like yesterday and the day before. 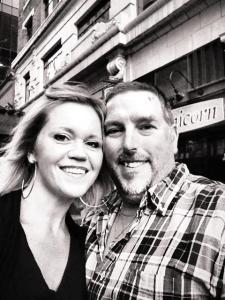 I am sure you see now, why I asked Heather to guest author. And I have good news, she will guest author again in the near future. I will keep you posted with details. Until then! Sieze the moment, Today!

3 Responses to The Moment