Peanuts is all we need!

Posted on April 29, 2016 by timothygrantcarter

We need Charlie’s sincerity,  Linus’s blanket, Snoopy’s cool, Lucy’s practicality, Schroeder’s belief in his natural talent and the whole gang’s eternal childhood and we will all be OK!!! 🙂

Charlie’s Sincerity.     Say whatever else that you will about him, Charlie Brown was always sincere. Even when he knew Lucy was going to jerk the football out from in front of him at the last minute. Leaving him careening forward, towards a big fall; Charlie was still so sincere that he gave it all he had… Hoping that Lucy would be telling the truth this time & let him kick it. For sure, no matter what he was saying “Good Grief” about; Charlie Brown was always sincere. The world would be a better place with more of Charlie Brown’s sincerity.

Linus’s Blanket: Everybody may have made fun of him. The gang may have tried to take it from him. But Linus held on to his blanket. How honest it is to admit that we need a security blanket. Heck, all of us need a little extra comfort sometimes, whether others think we need it or not. And those that think they don’t need any extra security should be strong enough, not to give those such a hard time, who may hang on to their blanket a little too much, . The world would be a better place, if we would just admit that a security blanket is pretty cool, sometimes.

Snoopy had it going on! His cool made an adventure out of everything. Whether he was fighting the Red Baron or hanging out with his bird buddy, Snoopy was cool. He knew how to find the good stuff in life. Even if he did sleep on top of his house. A little eccentricity is the icing on the cake. We could all use with a little more of Snoopy’s cool! 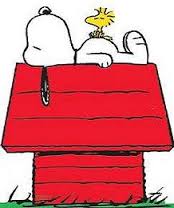 Lucy had it all figured out. She was down to earth. Maybe a little critical at times but she was the most practical of the bunch. You just gotta love those people for what they are. And whether she was straightening Linus out or being the Doctor or Psychiatrist for Charlie Brown. Lucy told it like it was. Sometime’s it takes a little patience to deal with the Lucy’s of the world. But thank God for their practicality and love them anyway! 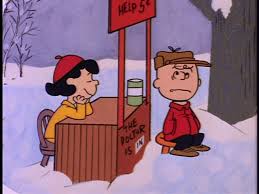 And then there was Schroeder, ever faithful in his discipline on the piano. While the rest of the gang followed their frivolities, Schroeder played on endlessly, to master his craft. Schroeder never doubted himself for a minute. He was resolute in his passion to achieve at what he believed he was good at. Wow! Don’t we all need a dose of that! 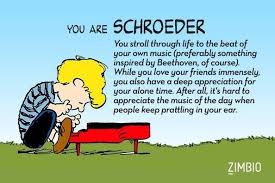 And last but not least, the one thing the whole Peanuts gang had was youth. And you get the feeling that if they got together today, that they would still have it.  Eternal childhood is an illusion, ….. Or is it? Or is it?  For sure, if we will listen to the song that still plays somewhere inside us, we may still discover that glistening thought of childhood; And discover that it still lives inside each of us. 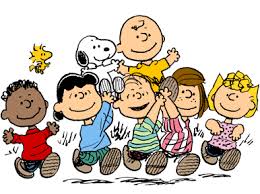 3 Responses to Peanuts is all we need!