What’s In a Name

Posted on May 25, 2012 by timothygrantcarter

Believe it or not, this is a sales training post. But first I must digress into personal story land!

My name is Timothy Grant Carter and I am proud of every syllable of it. Timothy means “honoring God” &” of or pertaining to the female breast.” And there is nothing I try to do more in my life than honor God. And maybe living up to the pertaining to women part is why; if I live to be a 100, I will still try to bring credit to the special women of my life. My deceased mother, Mary Louise Carter, my first wife, Terry Lynn Carter. My deceased sister, Detra Carol Carter. My current wife; Carol Dawn Carter and my daughter TeNae Velynn Carter. And yes their names are important to me also.

I have found that a fitting name Empowers people; and that people are Empowered, when there name is used respectfully. My name is a great example. Timothy actually comes from the Greek work “Timotheus.” Yes, everybody calls me Tim. But when people know me really well; they call me Timothy or by my nickname: “Slam.” I tend to live up to my name and my nickname. 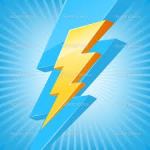 My middle name Grant was given me by my sister. Odd that I would like it so; since I am a true southern gent. But I do. It is very much a part of me & I like to be called by my middle name; when referred to in affectionate or respectful terms.

Carter is a very common name. But that is good.  I am from working stock people. My last name means what it says. Someone who carts.  Undoubtedly a label given to family members of my past generations for their work trade. I am certainly OK with that; since I love work. Yes, you heard me. I love work.

Carter is an English, Irish term and I have some of both in me. Dad always said “it was the Irish that made the difference.”  But I know I am also Scottish, German and American Indian = A true melting pot. Still, I fancy my spirit to be more Scot than anything & a lot of my philosophy seems to be akin to the Indians. So you get the point. My name is very important to me. It is a part of who I am and who I want to be. I have thought a lot about it.

Also, I thought a lot about my children’s names. My son was named Timothy Johnathan Carter. Timothy after guess who. (Darn, you guessed). Johnathan after my awesome father John. That is why there is an H in his name, although they missed this on the birth certificate. But I made sure every other legal record about him had the “H” in his name, religiously. J o H n a t h a n . Get it right.. 🙂

How much thought I put into my daughter’s name is another reflection just how important names are to me.  I named her TeNae Velynn Carter.  TeNae is a designer name. I know. I designed it. It is made to rhyme with Renae but begin with a T; because at that time we wanted every member of our family (even house pets) to have the initials TC. Strange but true.   TeNae = Virtuous, truthful, honest & tenacious. And yes, she lives up to her name. She is a 21 year old lady who is relentlessly honest and tough {tenacious} for a young lady. She currently spends her life leading others, on wild river rafting trips, zip-lining and other wilderness adventures. 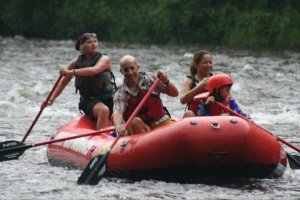 And nearly everyone I talk to can tell you a story about them, in reference to their name. Unless it is a boy named Sue; just about everybody likes their name and likes it when you speak to them by name. Recognition is a powerful thing.

People do not like to hear the obvious. But often it is what they need to hear the most. This is particularly true in the area of sales. Once someone becomes proficient on a certain level, they do not like to be told the basics anymore. So, while it should be plain and evident to every sales person that using your prospect or client’s name is important. It is still true that I rarely go into a selling environment, where prospects names are used enough.

It is second nature for me to use people’s names. And even I do not do it enough. In my own defense, as the years have progressed a little; vascular degeneration seems to zapped some of my memory skills. Name retention seems to be one of them. But I hate excuses, most especially from myself. So, I work every day on using my customer’s names. Since, I know my name is important to me. It is then  a plainly needed courtesy to extend to my prospects = the same courtesy I would like extended to me.

For many name naming is Not natural… That is Ok. It is even good. Knowing where you are in light of where you need to go is a good starting place. You will have to  have to work on developing the more consistent skill of using people’s name more frequently.

If you now realize this need. Good. Let’s start now: Put the following blank script at the top of your calendar and call cheat sheet.  Hello __________, ___________ . This is TC (your initials). ________ , the reason I am calling is: ___________ .  If you filled in the blank with the customer’s name.  Then, before you even begin the conversation; you have addressed them personally three times.  You, must practice this relentlessly to make it a habit. But you will be shocked at the solid difference it will make in connecting with your prospects or customers, if you do.

As you discuss your product or service; repeatedly use the customer’s  name in the dialogue. If you can catch them; use your customer’s favorite words, in the conversation. This is not hokey. It shows genuine interest. They will get the fact that you are listening and interested in what they say.

If this is not a natural talent; work on it. It was so difficult for me in one selling context that I pre-arranged to have help from my work-mates, when my prospects came back in to see me.  I coordinated in advance with  colleagues to run interference to meet my return customer’s first. I had a code sign to send them to the door for me, so they would “ask name” & I could come into the room, with a fresh reminder of customer’s name. The customer never knew the great lengths I went to; to be able to address them by name. But it was one of the sure reasons; I was always the top salesman in that environment.  —-

Be creative. Look at your limitations as challenges; not roadblocks. You can find ways around them if you look to solve your problems, instead of giving in to them.

By the way, if you struggle with this like I do. Don’t be ashamed to ask the prospect, for their name again. Spit it out. Don’t be shy about it. I literally say “I would rather ask your name ten times to get it right, than not know.” They get the idea that they are important to you and that you really want to know them. This is in itself a connection and a selling tool. Get over the normal trait of being afraid or shy to ask for someone’s name. You will progress in your customer relationship skills if you do.

The most important strategy in learning the customer’s name is to learn things @ them. So that you know them & then their name becomes easier. Every client presents the opportunity to deepen your own dimension of understanding the human race. Each person that you have the opportunity to connect with should be a brush stroke in the mastery of the life portrait, you are painting.

Ok, so you do not want to just say: “I can’t remember your name.” On the phone try this one: “Whom do I have the pleasure of speaking to?” In person, “It’s so good to see you again and you are?” “Your name is on the tip of my tongue and I am trying to remember, what is it?” Again, I literally thank them for giving me their name again, that they are important to me and I want to get it right.

Remember the quote : “Nothing is sweeter than the sound of a person’s own name.” It is not just idle activity. When you use a customer’s name, you break down barriers that  block communication. You position yourself for a better relationship with your customer. It is a key to better relationships in general and better sales in specific.

If you are in an administrative or sales management position, This is the easiest, no cost way to keep your customers coming back. Make this a constant theme for sales training in your organization.. Commit to using your customer’s names whenever possible  (even email). Work on a mindset to have everyone in your organization to follow this practice. The effects produced will be marked and noticeable. I think you’ll like the results.

Ask most any road warrior, who has travelled for a living. Familiar Faces & Familiar Places keeps people coming back..  How empowering and fulfilling it is when people use our name when dealing with us. It Makes us glad to patronize those businesses and to look forward to coming back again.

Using client names warmly has the capacity to make people feel like individuals and not “just another customer.”  Your prospect knows that you must deal with others but when you give them the personal and professional emphasis they deserve; they value you. They sense that you are in tune with them. It creates a bond of trust. I have customers that continue to come see me after the sale, because they are my friend.

I sold modular housing for 5-6 years. And I learned an effective philosophy that really relates to this topic. “Make a friend. Sell a house.” And you always learn and use your friend’s names.  I will ask your name as many times as it takes. I am that interested.

Children tend to listen more when called by name.  Jesus said: “My sheep know my voice and they will not follow the voice of another.” On so many levels, it is important to learn to call people by name.

Early in American history; a strong work ethic was born. People literally used to sign their name to their work. We need this signing our name to our work philosophy today!  Maybe you have seen the World War II images of “Rosie, the Riveter” that showed just how important, each individual person was, to the war effort to stop Hitler. Notice those ads didn’t just show a Riveter. They showed: ROSIE, The Riveter. It helped other people see that their efforts were important; when they could relate to her personally.

When you call someone a “name”…
they never quite get over it,
nor look at you the same!”    Coach A 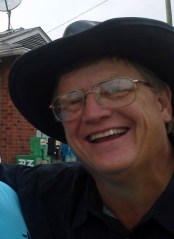 3 Responses to What’s In a Name